Notre-Dame-de-Bon-Secours Chapel: The oldest chapel in Montreal is virtually rebuilt

Earthquake with a magnitude of 7.8 | At least 76 dead in Turkey and 50 dead in Syria

Shortage of teachers, young people leaving the profession, dilapidated schools… Many problems in the education sector make the headlines. But behind the walls of schools, there is also beauty. “It’s full of magic,” says Marie-Andrée Arsenault, high school teacher and author. In Madame A’s class – Stories and odds and ends of everyday lifeshe recounts the funny, touching and fantasy-filled moments she experienced the year she ended up in primary school.

Among Madame A’s students are a different fairy, a dragon that roars all the time, Kevin McCallister’s lookalike and a little Pippi Longstocking. By their side, Marie-Andrée Arsenault spent “eight absolutely magical months” a little over six years ago.

That year, I came home with my pockets full of little papers. I took bits of construction cardboard from the recycling and wrote down everything they told me. […] I felt like I was missing out on too many little moments and that was precious.

The dedicated teacher, visibly moved by meeting these children, took note of the time when, to console the fairy, the dragon boy offered her his most beautiful marble. “She refused it and asked him if it could be a diamond,” recalls Marie-Andrée Arsenault.

The teacher also noted comical slips or surprising answers to questions asked in class. “Do you know how a totem is made? she once asked her “first-year mice.” “It’s a piece of wood that you carve with a penknife and…” began a child, immediately interrupted by the dragon with its bubbling energy. “We don’t say ‘penknife’! It’s a bad word. We say “poodle”! »

Before assembling all these stories in a book, Marie-Andrée Arsenault told them on social networks. Over the past 12 years, she has regularly posted fragments of her daily life as a teacher on Facebook. She also made the story in the magazine of children’s literature Lurelu.

“People on Facebook have been telling me for several years: ‘We have to write a book,’ confides the author. I tried many times to put all of this together and create a common thread. Looks like it wasn’t working. I couldn’t create a set. And above all, I did not understand who it would be for. Was it going to be a book for adults? Because me, it’s clearly adults who read my Facebook. But at the same time, I’m talking about the magic of children. Could it please children? I couldn’t find the balance. »

It is the illustrator Catherine Petit, with whom she befriended during the creation of the book A path in the seawho pushed her to submit her project to a publishing house.

“Of course we are offering something. Me, I see it “, told him the one who signs the images gently of Madame A’s class. With their editor, they found this famous balance which allows the album to appeal to both adults and children.

Young people aged 6 and 8 read it with their parents and they have the impression of being accomplices with the teacher. To be on the other side of the teacher’s desk, if you will.

This fall, in addition to Madame A’s classthe author publishes The polar bear’s caress. The album for ages 4 and up is once again inspired by Marie-Andrée Arsenault’s students, more specifically by the one she calls her “fairy”, a little girl with autism spectrum disorder.

“She was such a special child, so magical, with such fragility. It’s as if she had no barrier to protect herself from the world. She absorbed everything,” she explains.

With three publications in 2022, the author, who signed the novel The War of the Desks last January, does she ever think about quitting teaching? ” Well no ! I need those kids! “, answers the one who teaches this year at the secondary school at the bilingual school The Study, in Montreal.

“I realize that I learn as much as my students in a year,” she continues. They teach me things about the world we live in. They show me the strength of character one can have, what it is to assert oneself, to take one’s place, to be fragile. »

And then this job is also a very good way to accomplish yourself, she thinks. “Teaching means being useful to at least one person every day. »

Marie-Andrée Arsenault will be at a signing session this Sunday, starting at 3 p.m., at the Salon du livre de Montréal. 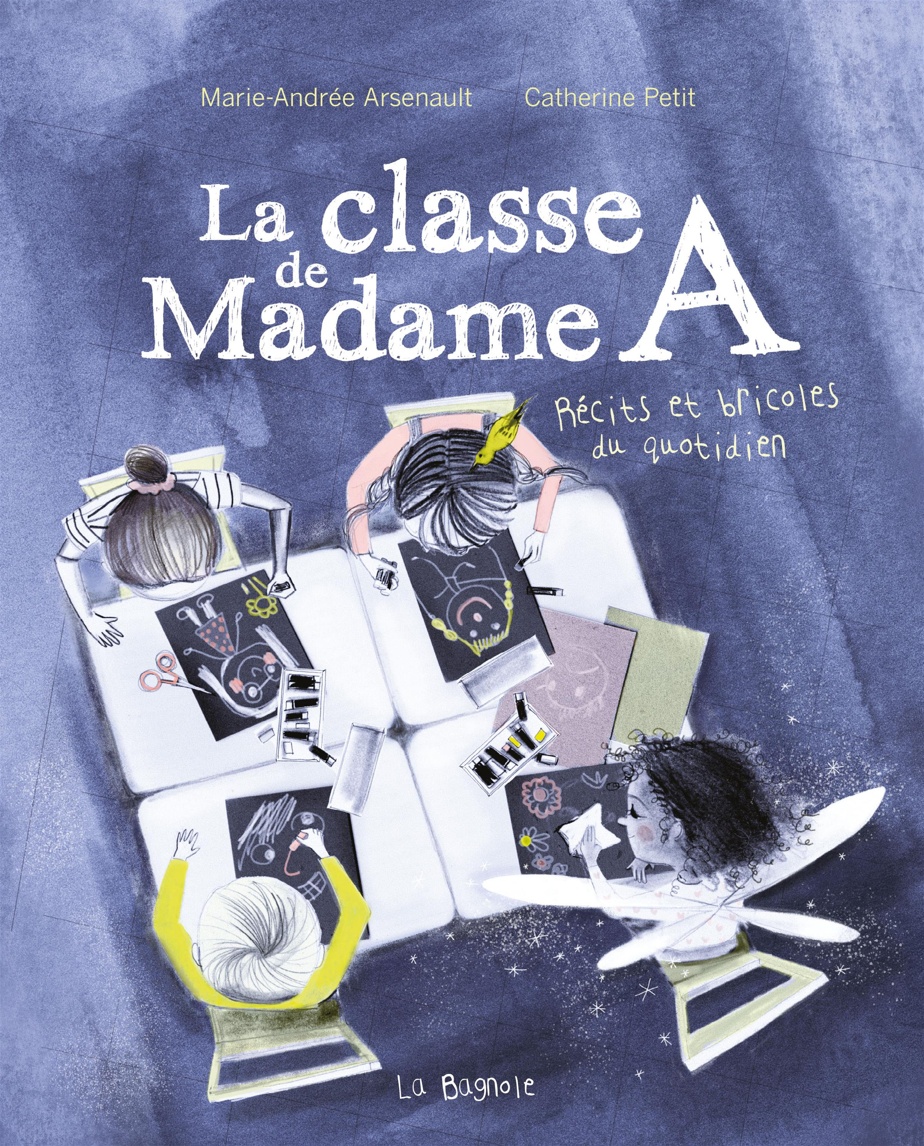